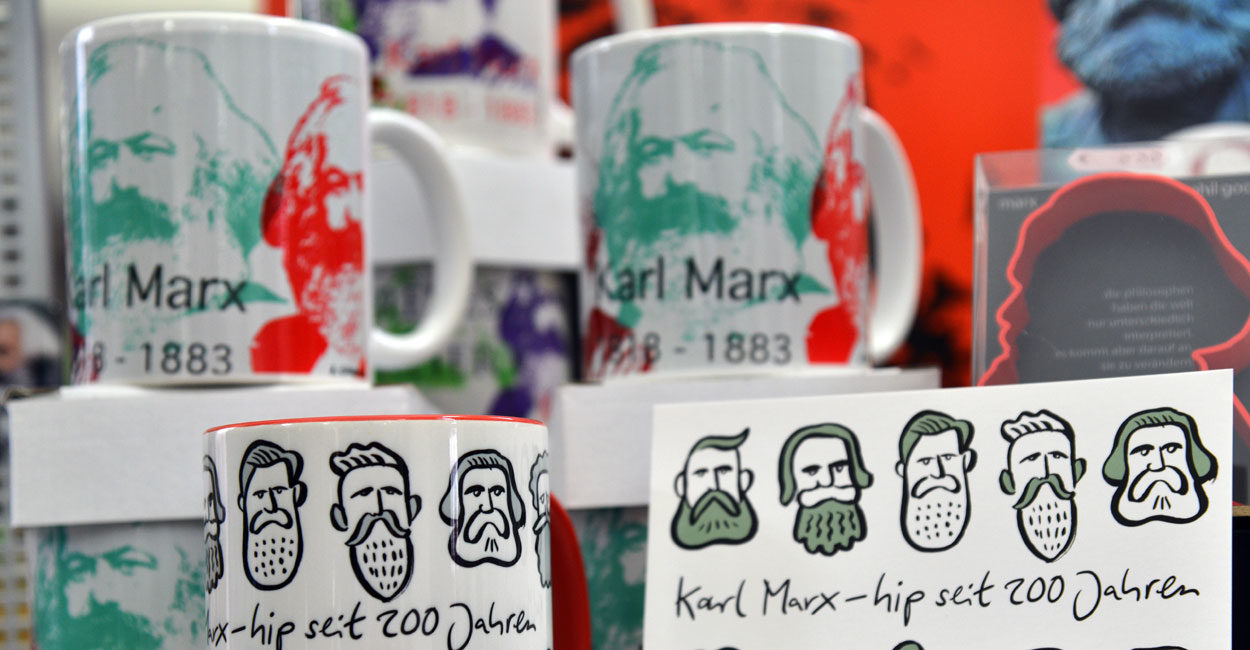 The Left's Chilling Refusal to Stop Flirting With Marxist Ideas

(Click on LINK above to see all pictures etc.)

The piece, written by Jason Barker, a professor in South Korea, is about what one would expect from a defense of communism. As one Federalist writernoted, it was “beyond parody.”

Hilariously, the article was behind a very capitalistic paywall.

In 2017, the Times dedicated an entire section of its website to the 100-year anniversary of the communist revolution in Russia. It featured an assortment of absurd pieces running the gamut of declaring Lenin a hero environmentalist to claiming that women had better sex lives under socialism.

This romanticized account of life under communism is a delusion.

Of course, while the most ridiculous claim in the most recent piece is that Marx has somehow proven to be correct, it’s notable it goes a step further to say that essentially nobody questions his fundamental critiques of capitalism.

“While most are in agreement about Marx’s diagnosis of capitalism, opinion on how to treat its ‘disorder’ is thoroughly divided,” Barker wrote.

It seems fair to conclude that actually there is widespread doubt about Marx’s claims about capitalism—unless, of course, one lives in a neatly sealed left-wing bubble.

The fact is, Marx was wrong about everything.

If there was one thing that was illuminating about Barker’s piece, it was his description of modern social justice crusades as fundamentally Marxist.

“Social justice movements like Black Lives Matter and #MeToo owe something of an unspoken debt to Marx through their unapologetic targeting of the ‘eternal truths’ of our age,” Barker wrote. “Such movements recognize, as did Marx, that the ideas that rule every society are those of its ruling class and that overturning those ideas is fundamental to true revolutionary progress.”

This is an interesting admission that these movements are essentially “cultural Marxism,” a phrase that the left so often stridently claims is a figment of conservative imaginations.

Given the profound failures of and misery created by communism in the past, we probably shouldn’t be too hopeful about the success of its modern iterations.

Unfortunately, many young people don’t know about the depths of these past failures, or have a skewed idea of what communism means in practice.

We should all worry about the consequences of historical ignorance.

At least Marx could conceivably say that “real communism hasn’t been tried yet.”

His modern proponents don’t have an excuse.

After nearly two centuries of experimentation with Marxist ideas, communism has failed to produce a brotherhood of man or a classless society in which everyone worked in blissful harmony.

Instead, it has produced societies notorious for their cruelty, dysfunction, and violence. It has led to the estimated death toll of just under 100 million people in the last century.

As historian Sean McMeekin wrote in his book, “The Russian Revolution”:

Today’s Western socialists, dreaming of a world where private property and inequality are outlawed, where rational economic development is planned by far-seeing intellectuals, should be careful what they wish for … they may just get it.

Communism offers nothing to humanity but suffering and hopelessness.

This is not to say that life under communism was all about starvation and murderous purges.

Even at its least malignant, living under communism’s inevitable system of enforced conformity and equality where decisions are only the purview of government authorities and bureaucratic managers is hardly a system of human flourishing.

This is more akin to living a lifetime stuck in the DMV.

Marx was wrong, hopelessly wrong. His ideas have been tried, tested, and spectacularly failed.

It’s time to leave his legacy on the ash heap of history.